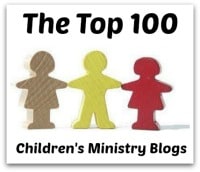 I was just about to post a recap of the first day of the Rethink Leadership Conference when I realized that some people may not know what this conference is. So, I thought I would give you a quick description of what it is.
I’ve been to a bunch of conferences. Most of them end up looking and feeling very similar. Large numbers of people gather in a big room for the main sessions. Speakers come out and speak at you for hours, while you frantically try to absorb as much as you can. Rethink is different. Let’s look at how.
Senior leaders only. This isn’t about age. They are not offering a discount for AARP members. While there was a lot of grey hair in attendance, it is not a requirement.The Rethink Leadership Conference is a conference for senior leaders. It’s aimed at lead pastors, campus pastors and executive pastors. As a long term children’s pastor this would be the first such event I have attended. However, as I move from children’s pastor to starting a church this seemed like an appropriate step for me to take.
TED style talks. If you have never heard of TED talks do yourself a favor and Google it. TED talks tend to run from around 10 to 20 minutes. Sometimes a little longer, but usually 20 minutes or less. This conference was set up that way. Each speak was given around 15 minutes. If you don’t think that loads of powerful content can be delivered in such a short time I would again recommend you check out some of the TED talks that are available. I can certainly say from this experience that these short bursts of content were extremely effective.
Discussions encouraged. The brief talks were, occasionally, broken up with times set aside for Table discussion. The tables on the first day were assigned. This was designed to ensure that you ended up at a table with people that you didn’t know. The Rethink team provided discussion questions and table guides to help encourage discussion during these times. However, after the first session or too the conversation flowed pretty naturally. As I said earlier I have been to a bunch of conferences. None ever were this intentional about connecting people with one another and including time for discussion into the schedule of the conference.
Affinity Conversations, not Breakouts. Ok, this may seem like to just a clever, hip naming scheme. However, it really is more than that. The entire attendance of the conference was limited to around 700 hundred. I think only around 500 were actually in attendance. That meant that in these sessions there were only 30-50 people in each room. This was at least true for the ones I one into. The speaker was given 15 minutes to speak, then the remaining 45 minutes were open for Q&A. Generally it is the other way around the speaker speaks for 45 minutes to an hour and 10 or 15 minutes are given to Q&A. That’s assuming, of course, that the speaker doesn’t go over. So, conference attendees are stuck sitting there listening and hoping that the specific question they came to the conference or to the breakout with gets answered.
Final impressions. As i write this there are still a couple more hours of conference left. However, I can confidently say that I love this conference. The content has been perfect for my position as a senior pastor. The format has been great. I have always been one to seek out connections while at conferences. However, the people at Rethink made it so much easier to do. If you are a senior leader, I would highly recommend that you consider coming to the Rethink Leadership Conference next year.
Matt Norman